Get fresh music recommendations delivered to your inbox every Friday.

Exohxmas III: The Wreath of Khan 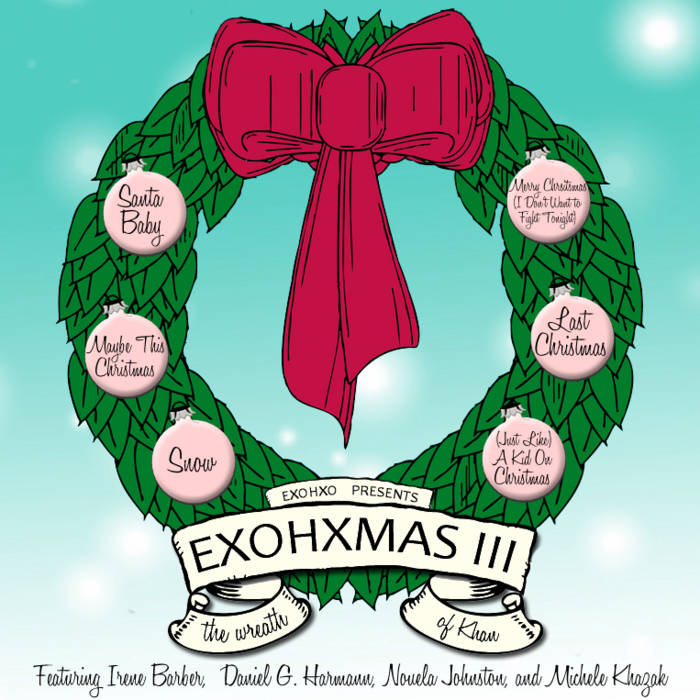 We are thrilled to present the third installment of our annual holiday releases: "Exohxmas III: The Wreath of Khan". Sure, "The Search for Santa" may have been a more accurate reference, but it just doesn't have the same ring to it, ya know?

From stubbyschristmas.com:
This chamber pop group (ranging from 8 to 10 pieces) from Seattle, Exohxo, makes some of the best Christmas music, I swear to God. Last year, we were a little late to the party. This year, we're right on time.

First of all, there's that title--"The Wreath Of Kahn"--which the band announced last year and we knew then it would be tough to beat. Second, there's the always intelligent selection of songs to cover. This year, the band takes on The Ramones, Ron Sexsmith, Wham (well, OK, everybody's had a shot at that one) and, most delightfully, Randy Newman's "Snow". Third, they cover them well, with all the necessary proficiency, but also with boatloads of exuberance and holiday cheer--they sound like they're having fun. Fourth, their originals always stand up extremely well in the company of the standards and classics they cover. This year's "(Just Like) A Kid On Christmas" is a rockin' romp that sounds like it came straight out of the Etiquette records garage and ought to be covered by many, many bands in the future. Finally, it's free! Now who could argue with that? Head to Bandcamp for the seasonal joy that is Exohxmas, and pick up Volumes 1 and 2 while you're there. Then have a very merry Christmas.

"Exohxo are a chamber-pop band you should know about; they're experts at combining orchestral strings, forceful guitars, and poppy melodies into something at once catchy and erudite." - Paul Constant, The Stranger